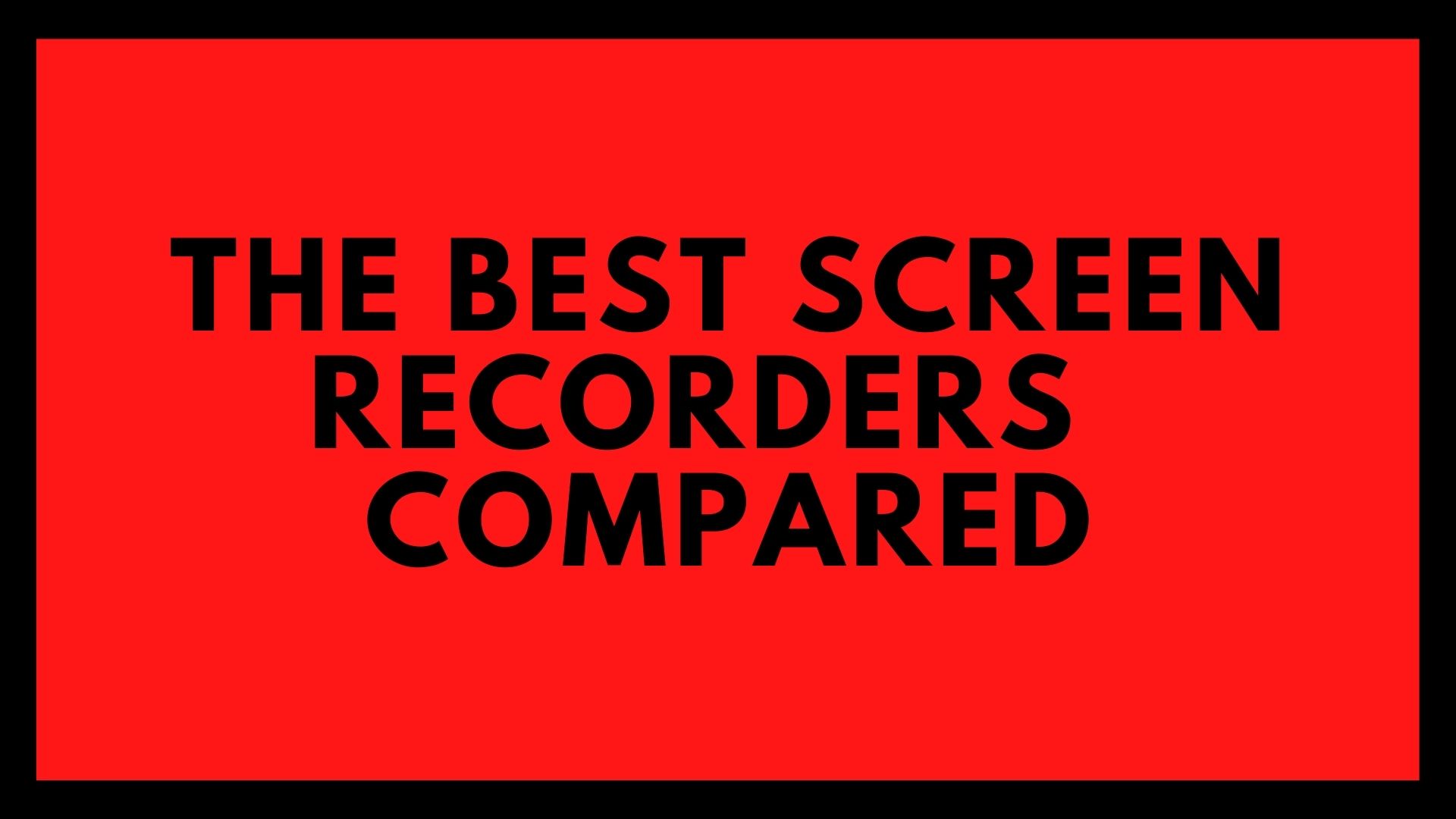 What are Video Tools for Business Screen Recording?

While working from home and remotely contacting customers has performed more than well enough throughout the last decade, things are different now, and businesses need to adapt to fit the changing times.

On top of making conferences much more manageable, these tools also serve purposes in sales prospecting, showing product or service features, and instigating more effortless conversations. There are countless other uses with screen recording tools, whether in training, software integration, or more.

On top of practical business purposes, screen recording can also be instrumental in capturing important information, getting quick responses to virtual incidents, providing marketing content, and sharing video messages. Unfortunately, the tools used for screen recording are often locked behind a paywall, although there are occasional free tiers that are useful in capturing a screen’s footage.

However, it can be hard to choose from the thousands of screen recording tools, free and paid, which exist, spread out across the internet. As a result, selecting the right one can be difficult, especially when split between multiple services’ pricing, features, and brand power. In addition, screen recorders differ in quality, features, and applications, meaning the wrong one may be out of context with your business. This article has gathered the seven best video tools for screen recording, complete with pricing and a feature list.

Vidyard is one of the top screen recording service providers, having established itself back in 2010. The company is a leader in “video built for virtual selling,” resting easily in the list of top selling-centric screen recorders.

Vidyard offers five pricing tiers: Free, Pro, Teams, Business, and Enterprise. These five, ranging in price from $0 to $1,250 per month and beyond, all contain unique features with varying quality.

The company describes each tier with the following:

All Vidyard’s plans come with a wide variety of features, with just a few locked behind the company’s paid tiers. Additionally, the Enterprise tier is entirely custom, meaning that any features depend on the custom plan you or your company chooses. This technique is relatively common or Vidyard competitors’ offerings, as shown in tables similar to the one below:

Loom is a fan-favorite screen recording tool, relying on capturing your screen or camera for an instantly sharable video. As an effective Vidyard alternative, the company’s services are notoriously more efficient, combining quick videos with instant sharing for a well-reviewed experience.

Not surprisingly, each Loom tier comes with its benefits and features, which are viewable in the table below (Creators are the company’s naming convention for Users with plan access):

Interestingly, Loom is one of the cheapest options, although it conveys some of the most significant benefits to a customer. The wide selection of services on top of the light limits allows a massive parity in cost to benefits.

Wistia – A Screen Recorder For Businesses

Wistia invests heavily in “on-site videos,” allowing your business to use its videos on a company site. In addition, Wistia markets itself as a complete hosting platform, combining its screen recording with video hosting, editing collaboration, and management.

The company offers three tiers, including Free, Pro, and Advanced. Each comes with the “Wistia Standard Features,” which include:

Although Hippo Video offers 14 unique plans, the most common and most accessible for screen recording fall under its Sales services. These include Free, Starter, Pro, Growth, and Enterprise, ranging from $0/user/month to $79/user/month.

Hippo Video provides many of its most popular options under the Sales services, although many rests in the nine additional plans.

The company’s “Sales” tiers include:

Dubb is well-known for its quick video messaging, quickly providing personalized video to whoever is needed. In addition, the company focuses significantly on incorporating engagement stats and screen recording to create an all-in-one package.

Dubb’s three tiers are entirely different from one another, providing large changes in storage, quality, integrations, and management. These reflect in the broad price changes shown here:

Vimeo’s services are available in five plans: Basic, Plus, Pro, Premium, and Enterprise. These five tiers have their features, although it’s much more differentiated when compared to some of their competitors. Each contains changes in upload space and features, although differently per tier.

Basic is available as an essential trial, while Plus and the paid services are much more in-depth. Plus primarily focuses on screen and camera recording, while Pro incorporates a team focus. Premium and Enterprise are for larger companies, integrating live streaming and greater customization.

Oddly, Vimeo’s services are offered in weekly bandwidth spaces, meaning that a business can upload and create as many screen recordings as can be fit within 500MB, 5GB, 20GB, and more. Other than that, the company’s plans follow similar guidelines to Vimeo’s competitors, offering unique services per tier.

Screencast-O-Matic is an advanced Vidyard alternative, heavily accenting their platform’s ability to edit and create custom videos from an employee’s screen and webcam. Compared to Vidyard, Screencast-O-Matic goes further, offering instant skills to edit and customize the preferences for the screen, webcam, and simultaneous recording.

Screencast-O-Matic offers four subscription services: Free, Deluxe, Premier, and Business. These range in pricing from $0/month to $5.75/month. Although Premier is the most expensive at $5.75/month, Business requires at least three users at $5/month.

Most of the additional pricing comes from greater functionality, with the higher tiers allowing

Screencast-O-Matic has quite a few features packed into each level, making it a great all-in-one product, offering similar functionality to Vimeo’s tiering.

While Screencast-O-Matic’s Free plan differs significantly from the paid tiers provided, there aren’t too many differences between the Deluxe, Premier, and Business tiers. That’s partly why the pricing gap is only up to $1.75/month, which provides just 75GB of additional bandwidth, access to a stock library, and complete management options.

Although Vidyard and Loom hold quite a few characteristics in common, a few major things separate the two. If you’re looking to choose between Vidyard and Loom, keep in mind that:

These four factors are all significant when it comes to deciding between the two. For example, many can’t even afford Vidyard’s more inclusive option. Coming in at a whopping $1,250 per month (for five users, Vidyard is over 30 times more expensive when compared to Loom at the Business plan per user per month.

Of course, that’s for a reason — Vidyard also happens to carry more enterprise-heavy solutions, factoring in heavily to marketing and sales tactics. As a Loom alternative, ignoring creative recording of that company, Vidyard has reason to be more expensive. However, when it comes to an essential video tool for business screen recording, Loom is a better deal, offering more significant numbers of users for a much lower price, in addition to containing more excellent creative features.

Looking at Vidyard as a Wistia alternative, there’s a lesser gap between the two. Both focus primarily on businesses, with Wistia even listing themselves as the “video hosting platform made for B2B marketers.”

However, there’s a massive gap in pricing; Vidyard comes in at $0 to $1,250 per month, with Wistia’s most extensive plan costing just $99/month. That’s a 12+ times gap, even though they offer similar features (and have a Pro option at $15 and $99/month, respectively). Both Vidyard and Wistia offer recording, hosting, collaboration, and management, although Vidyard offers personalization and integration, while Wistia focuses on player customization and podcasting.

Wistia is a much more audio-based solution, with the company offering free videos and podcasts to embed. That’s in stark contrast to Vidyard’s more video-focused solutions, which depend heavily on marketing. Ironically, though, Wistia serves as a much more definitive B2C solution, even though it has B2B in its header. That’s thanks to a greater focus on comprehensive viewing platforms.

As such, Vidyard serves as a much more expensive B2B platform, taking your screen recording to a higher marketing plane. On the other hand, Wistia is much cheaper and provides more incredible B2C services, higher-quality auditory programs, and greater advertising integration.

Loom and Wistia market themselves in very different manners, although they both fulfill the same general purpose. Loom focuses more on creatives, while Wistia primarily targets marketing professionals within a larger business. Ironically, though, Wistia and Loom find themselves on familiar ground, with both serving as great options for mid-level companies.

Loom is much cheaper at $8/creator/month than Wistia’s $99/month, although that’s because it doesn’t come with the same hosting services that Wistia does. Wistia prides itself on its channels, notifications, and embedding uses, which are things that aren’t as readily available with Loom.

Loom outperforms Wistia in creative control, which is essential, even in strict business, on the same end. Besides releasing caps on recording length and video count, the company provides more special recording software, insights, transcriptions, branding, and removal. Wistia’s focus on marketing professionals leaves it edging out Loom in a few categories, although the sheer customization of Loom’s services overwhelms Wistia’s in most scenarios.

Loom and Screencast-O-Matic are the two cheapest services on this list, although they offer some of the most comprehensive products available. Loom excels in:

while Screencast-O-Matic does exceptionally well in:

When it comes to a Jack-of-all-trades, Loom leads with its wide variety of services, although Screencast-O-Matic is the best live editing and active screen recording software. Before, during, and after recording, the company presents recorders with the ability to edit or adjust footage settings quickly.

Screencast’s services have a remarkable amount of customization, best personified as an entire video editing software on top of a screen recorder. Loom is slightly more expensive but offers a more cohesive package overall. In terms of editing, Screencast-O-Matic leads Loom by a mile, although in other characteristics, Loom leads. It depends on the purpose of the tools in your work life, as Loom is the best tool unless you expect to edit your marketing and business screen recordings.

Another Vidyard competitor, BombBomb, concentrates on providing a video messaging service. While Vidyard focuses on-screen footage for selling, BombBomb looks to use videos and gathered screen recordings to send video messages to anyone needed. BombBomb is also less expensive for its most expensive plan, although its Essentials is more costly than Vidyard’s Pro plan, with no option for a free program.

While Vidyard offers a features list built around your business’ applications to the videos collected on its website, BombBomb lists its video recording, real-time tracking, encoding, email sending, and composition. As expected, Vidyard is much more of a B2B service, with BombBomb leaning much more towards B2C, with services focused on sending your recordings to customers and up to 3,500 contacts.

All in all, Vidyard is better for:

If you’re considering testing one of the mentioned screen recorders out, great news is that they offer free versions. Screen recording prospecting messages is a creative sales outreach idea for prospecting. 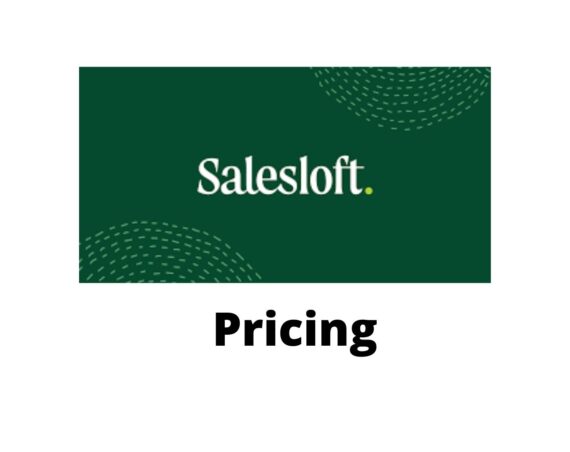 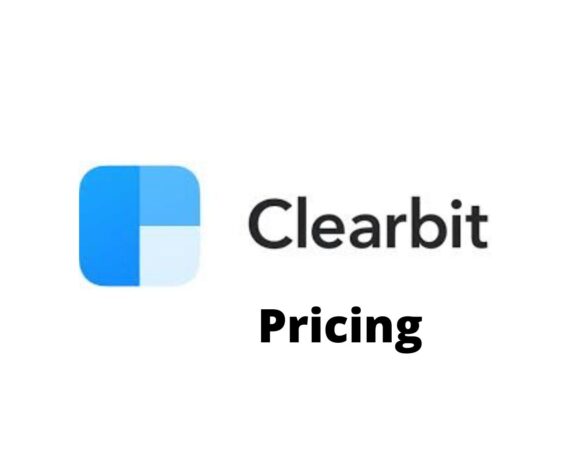 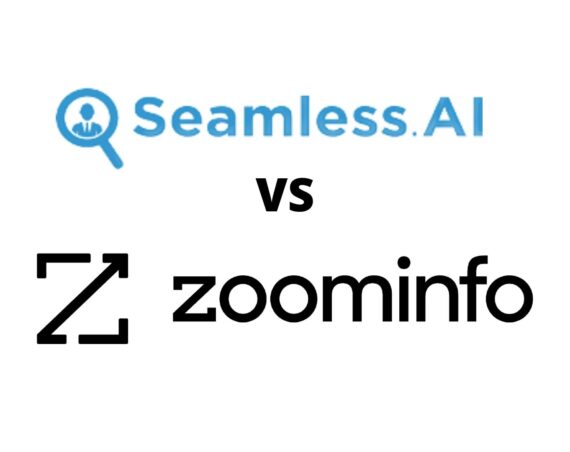 Seamless.ai vs ZoomInfo – Which is Better and Why?